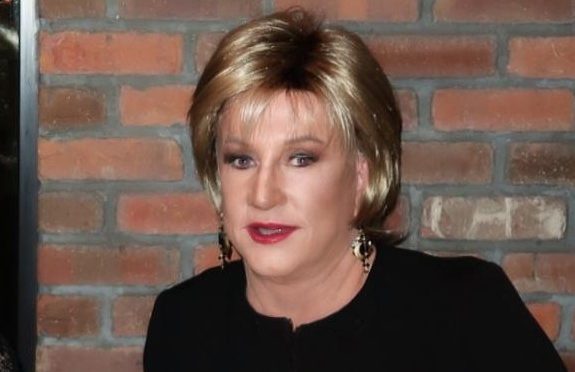 Friday night cross-dressed before the February CHIC meeting my usual dinner mates were not able to come out and play. I was going it alone so I picked a restaurant that was comfortable for me sitting by myself. Going cross-dressed solo is not an issue for me because I have done it many times but, security is always an issue no matter where I go. Some places are better than others and I never go anyplace that I consider dangerous but, need to feel safe. I always go to mainstream establishments that I know to be accepting and this night it was a place I gone to for years. I know the owner and most of the staff so there are plenty of people to chat with and Sammy the bartender makes my favorite Cosmo for me.

UBER picked me up at the hotel and I was off to the restaurant about 5 miles away. Entering the restaurant the hostess was all smiles and gave me a warm greeting. The bar was full so I took a high table for two by the window and ordered my Cosmo. Not long afterward my favorite spot at the bar opened up so I moved. Mario the owner spotted me and came over to chat and eventually sat down next to me so we could talk a little business. I ordered the sliced steak on an bed of mushroom risotto which is a favorite of mine.

Several women in their late 40′ / early 50′ were sitting at the far end of the bar and looked me over cross-dressed  but we never spoke. A couple in their 40’s came and sat on the other side of on the other side of Mario whom they new. The woman was wearing a tight dress and 4 inch stilettos so naturally I approved of her style choices. We mad brief casual eye contact a couple of times but I made no attempt to speak with her. They were drinking quit a bit and guy she was with was pretty loud. He could misunderstand my being  cross-dressed if I initiated any conversation so as usual I minded my own business.

Around eleven o’clock the loud guy and his girlfriend were leaving and said goodby to Mario with her in the lead. As she passed me she put her hand on my should and said “you look gorgeous” I thanked her and she walked out the door. Next the boyfriend comes over and says hi and introduces himself and shakes my hand. After I give him my name he says “you look beautiful tonight” and walks out the door. I don’t remember his name because I was still glowing form her compliments and thankful he was not jealous punching me in the nose.

About 11:30 I decide its time for miss Micki to head back to the hotel for my Cosmo nightcap. I say goodbye to Mario and the staff and head for the ladies room to take care of business along with checking my makeup. All systems are go so I head out the door past the ladies who were at the other end of the bar all night. They were taking a cigarette break and we said hello as I walked past to the corner.

I was checking my phone for UBER’s arrival when all four walked down to the corner where I was standing. Each one tells me how pretty I look one elaborating on my whole outfit. She tells me that she loves my entire out fit complimenting me on my accessories and sense of style. She asked who did my nails, makeup, and hair to which I answered I did. All four were surprised at my answer and more compliments followed.

I was wearing my black moto jacket and matching skirt with gold zipper accents on both. The accessories that they liked so much were earring and a gold watch but the chain bracelets were what really caught their attention. The reason she did not recognize them was because I cut down necklaces to make them. You can read more on my BRACELET ENVY POST.

Just as I was about to tell them to keep talking I could listen to them all night UBER showed up. I said good night and floated into the car as the driver opened the door. As we drove to the hotel I could not help but to reflect on not only how far I have come but how far society has evolved also.