Laverne Cummings passed away tragically this week in Las Vegas after being hit by a car. I did not know her but knew of her from the once every couple of years discovery of magazines with DRAG articles.

In the last century very little was published and what was you found in Men’s Magazines. I saw Laverne Cummings in several and she was an inspiration to my crossdressing.

Getting caught by adults looking at those magazines was bad news in those days. Gawking at Female Impersonators would result in a trip to the shrink or a priest to straighten you out.

By the time I got to Finocchio’s Laverne Cummings was nowhere to be found. It was the mid 1990’s I think and the club as going down hill.

There was certainly nothing of Laverne’s caliber performing that night.

By the time I was old enough to drink actually, before on a couple of occasions. I saw the shows at the famous Queen Mary in Studio City California. Located just over the hill from Hollywood they had some gorgeous ladies performing there but I don’t remember seeing anything like Laverne Cummings.

There were others that I discovered once in a great while in magazines and it was one similar to this where I first heard the term Transvestite. 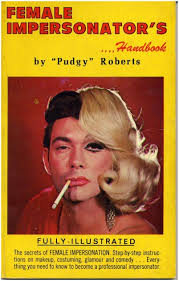 So I finally knew i was not alone and had a label to boot!

I have to thank Laverne for her inspiring a little boys imagination so long ago that maybe someday I could look like her.

It never happened but I have had a great time trying and she gave me inspiration and a goal.

I will drink a Cosmo in her memory next time I am at DIVA in Las Vegas and another in San Francisco.

One thought on “LAVERNE CUMMINGS R.I.P.”